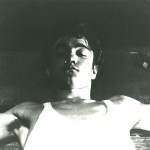 When he was only 17, Bruce Lee wrote in his diary … After 4 years hard training in kung fu, I began to understand the principle of gentleness — the art of neutralizing the opponent’s effort with the minimum of one’s own energy — which must be done in calmness, without striving.  It sounds simple, but the actual application was difficult.  The moment I engaged in combat, after exchanging a series of blows or kicks, all theory of gentleness was gone.  My only thought was that, somehow or another, I must beat him and win.  My instructor, Professor Yip Man, would say, ‘Loong, [Bruce’s Chinese nickname] preserve yourself by following the natural bend of things, and don’t interfere.  Never assert yourself against nature.  Never be in frontal opposition to any problem but control it by swinging with it.’ 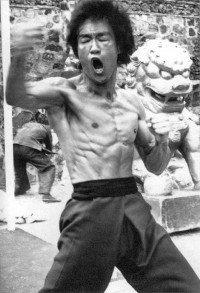 Bruce Lee’s screen image as the ripped fighter dispatching dozens of opponent’s in a whirlwind of spinning kicks is the exact opposite of the how he would fight for real.  The action movie-style is strictly for audiences — where everything has to be exaggerated.  Even then, he actually had to slow down some of his moves, because they were too fast for the cameras to capture at only 24 frames per second.  The real fighting style would involve very efficient rapid movement and be very relaxed.

What Bruce Lee wrote in his diary was echoed in an experimental project set up in 1985, when aikido master, Richard Heckler, was invited to teach martial arts awareness skills to US Special Forces — the famous Green Berets.  For these soldiers, martial art meant killing a man with a single blow, the power to smash bricks and muscles like steel.  Invincibility was the target.  Instead, they got a guy in baggy pants telling them big muscles and sucked-in bellies were more of a hindrance than a help.  Like all soldiers (and like trophy-hunting fighters) they believed the only way to succeed at something is to push harder, faster, or longer — and that obstacles are dealt with by overwhelming them or blasting them aside.

For Heckler, the hardest problem was getting men (whose bodies had ‘an armour’ of a high centre of gravity, slightly puffed-out chests, hard eyes and set jaws) to relax and allow their self-awareness to drop to its natural physical centre-of-gravity in the lower abdomen.  To their bewilderment, they had to learn that a martial art (particularly one like aikido) isn’t something you succeed at by being tougher.  It wasn’t just one more sport you could simply figure out, and then do.  It involved a complete redefinition of body, mind and emotions.  Where martial sport asks you to grit your teeth, try harder and dig deeper; martial art asks you to direct your attention to feel and sense … To some, it might sound like asking Mike Tyson to try flower arranging. 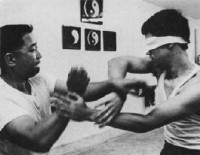 Training blindfold to increase kinesthetic awareness – or as Bruce Lee called it ‘body-feel’.

Richard Heckler devised a computer-based biofeedback game, to reveal the way both the military, and our culture as a whole, deal with problems.  A biofeedback loop, with sensors attached to the soldiers’ fingers, was set up to monitor muscle tension and relaxation.  A display showed a little hot-air balloon rising into the sky.  The more muscular tension the unit sensed, the faster the balloon would rise.  The more the soldier relaxed, the faster the balloon descended.  The object of the game was to move the balloon to dodge the missiles.  In other words, you avoided the missiles by consciously adjusting your muscle tone between tension and relaxation.

The object of the game was to reveal something to soldiers who were used to dealing with obstacles by force and effort.  Because, in this game, the usual approach meant instant loss of control of the balloon.  The more effort and force was applied, the more balloons were destroyed by the missiles.  As muscles tightened even more in frustration, even more balloons popped.  And the greater the reaction to this, the more balloons went — as the soldiers got caught in a loop.  So all you could hear was: Pop, ‘Damn!’  Pop, Pop, ‘Damn!!’  Pop, Pop, Pop, Damn!!!  … Later, in a ‘Eureka!’ moment, one of the sergeants suddenly ‘got it’ — as though he’d just discovered gravity.  Then, minutes later, he doubted it, because it all seemed too easy — as if he wasn’t doing anything.

[An extract from my upcoming book Another Roll of the Dice.]