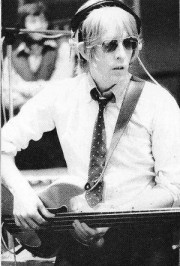 I’m probably best-known as the bass player with Elvis Costello and the Attractions, who I recorded and performed with for the best part of twenty years … and with whom I was inducted into the US Rock and Roll Hall of Fame in 2003.

As a session musician I’ve worked on both sides of the Atlantic, with artists like Sir Paul McCartney and Suzanne Vega … by way of Billy Bragg, Tasmin Archer, The Pretenders and Madness, amongst many others.

Following that, I collaborated on writing and producing dance and chill-out music under various names, such as BAM!

A new project is my Profile Signature Model Bass … an evolution of the well-known ‘salmon pink’ guitar I used with the Attractions, which has been developed with the Bass Centre in London. 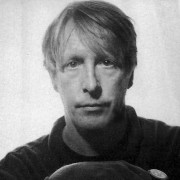 My latest book Rough Notes is both autobiography and cultural history, covering my entire career in music … and so includes many of the events, some prviously unknown, about my twenty years (on and off) as an Attraction.

Fighting Spirit is my best-selling book and is widely recognized as the definitive biography about the martial arts star Bruce Lee.  The original book took four years of research in the UK, US, Australia and China, drawing from over 1500 sources.  It’s currently in its third completely revised and rewritten version, which took a further year to write.

I trained for several years in Body, Mind and Spirit Martial Art, at the west London school of its founder, the late master Derek Jones.  Derek himself was taught by men who trained alongside Bruce Lee, in Hong Kong, in the wing chun style of kung fu.  And just as Bruce Lee went on to evolve his own martial art, so Derek Jones’ BMS grew from the same roots.