Now That’s What I Call Bass! 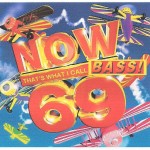 Here’s a page to dip into — a selection of great bass lines spanning almost fifty years of popular music — with clips to view of them captured on record, video or in early performance.  Though many of them are ‘old’ they’re still relevant and well worth watching.  All of them had some influence on me.

But not only have they influenced me — and that’s why I begin with Evelyn King / ‘Shame’ from 1978.  Then hear how it was deconstructed to create the 1999 UK Garage hit Artful Dodger / ‘Moving Too Fast’  Check out these first two clips back-to-back and hear if you agree …

A good riff can carry an entire song.  Max Graham / ‘Owner Of A Lonely Heart’ loops a couple of bars of a Chris Squire bass part, adds a new rhythm track and a cute video — and hey presto!

It’s really the low ARP-synth part on Stevie Wonder / ‘I Wish’ that’s being doubled on the bass, but Nathan Watts makes a fantastic job of it.  It was only when I heard this track again recently that I realized where I got the idea for my ascending bassline on ‘Lipstick Vogue’.

DJ Fresh / ‘Louder’  No bass guitar here either, but a killer dubstep synth-bass line that shows how to drive a track forward, creating and releasing tension by changing ‘early’ or ‘late’.

Just one more synth bass part…  Again the ‘bass’ line is played on an ARP; the dampened picked ‘guitar’ is actually being played high on the bass neck by Paul Jackson; and the ‘guitar chords’ are a clavinet through a wah-wah.  Hence the name of Herbie Hancock / ‘Chameleon’ where instruments are disguised as something else.  The track gets really interesting at about 4’30” and at 7’30”

Jamaaladeen Tacuma / ‘Rhythm Box’  There’s always room for a bit more jazz-funk and this is a beauty.  A Steinberger bass never sounded so good.

This video of French band Air / ‘La Femme d’Argent’ has a good shot of the bass guitar work at about 3’10” — a vintage Hofner hollow-bodied bass, with what sounds like tapewound strings played with a pick, and with lots of compression being used.  A great chill-out track.

Radiohead / ‘No Surprises’  Colin Greenwood plays a delicately-poised and flawless part with the harmonies and the rooted notes in exactly the right places.

The Breeders / ‘Cannonball’ — a simple sliding bass line, simple guitar figure, what more do you need?

Just as Stax in Memphis and Motown in Detroit had their regular backing bands so, in New Orleans, it was the Meters.  George Porter’s bass line on Lee Dorsey / ‘Working In A Coalmine’ is the backbone of the entire song.  On ‘99.9°F’ / Suzanne Vega I used the same approach.

The (Detroit) Spinners / ‘The Rubberband Man’ demonstrates that once you can make 8-notes to a bar groove, then you know most of what you need to know about playing the bass guitar.

Pink / ‘Get This Party Started’ is as solid a groove as you’ll hear anywhere.  This is almost certainly a programmed bass or at least a quantized one.  If not, then this is the most in-time bass playing you’ll find a month of Sundays.  A great track to play along to.

Margie Joseph / ‘How Do You Spell Love’ is the stand-out track from her 1973 album featuring Chuck Rainey on bass, alternating funky riffs with lead fills.  I definitely modelled my bass line to ‘Strict Time’ on this.

And here’s a few classics to finish with …

Marvin Gaye / ‘Ain’t That Peculiar’  This is only one of dozens of tracks that could be chosen featuring James Jamerson on bass.  This particular one is as much about playing spaces as playing notes.  Where Jamerson doesn’t play, and the movement this creates, is what makes the track sparkle.  You could list the fifty best Jamerson tracks and scratch only a fraction of his work. Jamerson plays with a style and panache that was a bold departure from anything ever heard at that time, or since, and he is arguably the greatest bass guitarist ever. He played on more #1 hit records than any other bass player … but died brokenhearted, neither adequately compensated nor recognized for his towering contribution to popular music and to the art of bass playing.

The Beatles / ‘Rain’  As with James Jamerson, you’d also have a problem listing the best fifty Paul McCartney bass lines.  But ‘Rain’ is a classic, with variations of this totally original approach also to be found on ‘The Word’ and ‘Taxman’.  The rich round bass sound is helped by the fact that the track was slowed down to a better key for John Lennon’s voice.  If James Jamerson is the master of syncopation, then Paul McCartney is the master of melody.

Fleetwood Mac / ‘Go Your Own Way’  John McVie plays a wonderful counter melody in the choruses, almost another song in itself, shifting where the notes land to lift the track to another level and make it a timeless classic.

The Who / ‘Won’t Get Fooled Again’  In this clip the entire bass part is isolated , so you can hear every note, nuance and embellishment from the magnificent Mr Entwistle.

19 Responses to Now That’s What I Call Bass!